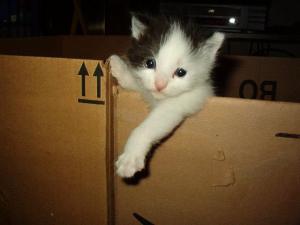 I’ve been spending my evenings the past few days watching the GOP convention, mostly on C-Span once I discovered that they were the one station that was just pointing a camera at the even and letting viewers watch rather than filling up the ‘unimportant’ moments with commentators and talking heads to tell viewers what they were supposed to think.

I remember when I was a child my father always put the conventions on and watched them. In the days before cable all 3 major television networks carried the conventions and I don’t think they replaced much of the action with commentators. I distinctly remember those state-by-state announcements of the delegate count.

My father never up and told me that watching the conventions to gather the facts I needed before voting was going to be part of my duty as a citizen when I grew up. He just showed me by his actions how important it was.

Now we live in an age when trusting voting-age citizens believe whatever a biased news commentator or news comedian tells them is happening rather than finding out for themselves. Some still repeat antique talking points that every responsible citizen already knows were not accurate.

I’ve always been one for facts. And a political convention covered live without commentary is a lovely load of facts. If you listen to whole speeches on your own you know for a fact that on that date and in that place, person X said Y. You know every word of the speech and the tone of voice and the cheers or hoots or chants that interrupted parts of it. You don’t have to rely on some biased or careless reporter or comedian to tell you later.

So today, in conjunction with the Celebrate the Small Things blog hop, I’m celebrating everyone of every party who took the time to watch as much of the GOP convention as they could fit into their lives. You are the high-information voters that we need to keep our flawed-but-still-there democratic Republic going. I salute you!

On a personal note I was glad to see the candidate acceptance speech included a call to protect LGBT’Q’ people from things like the attack in Orlando, and a humble thank you to Evangelical Christian voters for their support. Maybe some year soon noticing the Catholic prolife voters among the ‘Evangelical vote’ will be a thing!

And in conclusion— what are YOU celebrating today?

4 thoughts on “Celebrating the high-information voter”