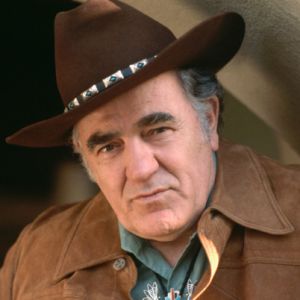 Louis L’Amour was born in 1908 and died in 1988. The heyday of his writing career was in the 1950s and 1960s. But— a few weeks ago I went into WalMart in the book section to find a Louis L’Amour book still available.

What is the secret of Louis L’Amour’s fiction-writing power? Why is he, a writer known for writing Westerns, not the most popular genre today, still on the WalMart buyer’s mind as someone to keep in stock? It may be in the nature of the very first book Louis L’Amour published.  A book of his poetry called Smoke from this Altar.

You see, here is the difference between writing a novel and writing poetry. In a novel there are thousands of words, and a writer who worries overmuch about whether word 27322 is exactly the most powerful and best word for that position doesn’t finish many novels. Words and sentences in a novel can be bland or dull, so long as the action in the novel keeps coming and you find ways to make readers identify with the characters.

In a poem, every word counts. A novel can have unnecessary words, sentences and even paragraphs so long as they don’t interfere with the flow of the story. A poem must not have a single word that does not serve the poetic purpose. The words in a poem must be powerful and evocative. Even the sounds and rhythms of words must be considered in a poem.

So what happens when a poet, or someone who loves and reads poetry, writes a novel? The language gifts of the poet may find their way into the prose, making it more powerful. Here is an example taken from L’Amour’s ‘The Sackett Brand.’

“The trouble was, when I walked out on that point my mind went a-rambling like wild geese down a western sky.

What I looked upon was a sight of lovely country. Right at my feet was the river, a-churning and a-thrashing at least six hundred feet below me, with here and there a deep blue pool. Across the river, and clean to the horizon to the north and east of me, was the finest stand of pine timber this side of the Smokies.

Knobs of craggy rock thrust up, with occasional ridges showing bare spines to the westward where the timber thinned out and the country finally became desert. In front of me, but miles away, a gigantic wall reared up. That wall was at least a thousand feet higher than where I now stood, though this was high ground.”

Lest you think the above example was too descriptive, rest assured that someone gets shot by the end of the page. It still is an action-packed western. It’s just that L’Amour knew how to use language very well, as a result of his work as a poet. So he could through in a good bit of description that could bring the West to life.

If you are curious about the poems of L’Mour, his book ‘Smoke on the Water’ is available and so you can see for yourself. But until you get so far, here is an example poem that tells a Western story.

I have three friends, three faithful friends,
more faithful could not be-
and every night, by the dim firelight,
they come to sit with me.

the first of these is tall and thin
with hollow cheeks, and a toothless grin,
a ghastly tare, and scraggly hair,
and an ugly lump for a chin.

the second of these is short and fat
with beady eyes, like a starving rat-
he was soaked in sin to his oily skin,
and verminous, at that

the crouching one is of ape-like plan,
formed like a beast that resembled man:
a freakish thing, with arms a-swing,
and he was the third of that gruesome clan.

the first I stabbed with a Chinese knife,
and left on the white beach sand,
with his ghastly stare, and blood-soaked hair,
and an out-flung, claw-like hand;

the fat one stole a crumbling crust,
that he wolfed in his swinish way-
so i left him there, with eyes a-glare,
and his head cut of half-way.

we fought to kill, the brute and i,
that the one that lived might eat,
so i killed him too, and made a stew,
and dined on human meat.

and so these three come to visit me,
when without the night winds howl-
the one with the leer, the one with a sneer,
and and one with a brutish scowl;

their lips are dumb, but the three dead come
and cough by the hollow great-
the man that i stabbed, the man that i cut,
and the gruesome thing that i ate.

their lips are sealed, with blood congealed,
but they will not let me be,
and so they haunt, grim, ghastly, and gaunt,
till death shall set me free.

i have three friends, three faithful friends,
more faithful could not be-
and every night, by the dim firelight,
they come to sit with me.

On the Encore Westerns channel one of the best series they are currently running is Wanted Dead or Alive starring Steve McQueen. McQueen is a particular favorite of mine, I have watched him in The Great Escape over and over again. I particularly love to watch the motorcycle chase scenes, having heard that McQueen put on a Nazi costume and did at least some of the shots of the Nazi chasing him.

No motorcycles on Wanted Dead or Alive, though. Just a horse named Ringo and a Winchester model 1892 cut-down carbine that’s a bit peculiar in a series set in the 1870s.

McQueen plays bounty hunter Josh Randall in the series. Most bounty hunters are unsavory characters, but Josh isn’t like that, frequently giving all or part of his bounty money to someone in need, or finding missing husbands, sons or fathers, once a missing pet sheep.

McQueen had to stage a car accident to get time off from the series to film The Magnificent Seven. They weren’t so accommodating to actors back then.

If you enjoy Westerns, or you just want some high quality, non-obscene television to share with the kids or grandkids, this is a good show to try. It’s also available on DVD.